GET A QUOTE
Menu

Memes have reached the pinnacle of the entertainment industry and have become a major part of the social media services industry. People nowadays spend the majority of their time on social media browsing, watching, and sharing things that they find creative or entertaining.

Sharing memes with people with whom we believe the content of a meme connects has become a part of our daily lives. There are a large number of people who create and share memes on social media, and the majority of them have made it their profession.

Though the medium of creating memes to reach out to a larger audience has flourished in recent years, it has gained popularity due to its way of easily connecting people by creating memes.

What Exactly Are Memes?

In today’s world, almost everyone knows what memes are but in case you don’t, let us tell you.

Before we get into meme marketing, let’s define the term “meme” Richard Dawkins coined the term “meme” in 1976, when he stated, “How an idea could spread and have a hold-in popular culture (audience) just like genes can multiply” (shareability).

A meme can be a catchphrase, a joke, or even a GIF/video that is inspired by popular cultures, such as a TV show or a movie. Here’s an example of a well-known meme: 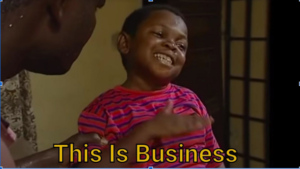 Memes have become the voice of social media today, and they are at the forefront of many businesses marketing efforts. Almost every media house or marketing agency is offering social media services, and memes are their most used tool to gain the audience’s attention.

Memes’ marketing potential is recognized by both individuals and organizations, and they are used in almost every branding and marketing strategy. According to a YPulse study, approximately 75% of millennials today share memes, and at least 38% follow meme accounts on social media.

Everyone is looking for an effective meme marketing strategy amid the rise of social media services. But for your brand, we – Infini Social are a perfect choice.

Memes created for marketing purposes by using humorous images and videos created daily by ordinary people can make the general public feel more relatable. Furthermore, meme marketing benefits a company in a variety of ways, some of which are listed below:

Most businesses strive to find low-cost or low-cost marketing tools in the hopes of eliciting a positive response from their target audience. Meme Marketing is one such technique for marketing products and services that has skyrocketed in popularity.

The basic requirements for meme marketing are an individual who is creative enough to create eye-catching memes, internet access, and a device to create memes. Posting memes online can generate enough buzz when they become popular.

Memes already have a large fan base, and almost everyone who uses social media regularly will enjoy viewing meme images and videos. Memes are now the most shared and viral concepts on social media platforms, and one of the main reasons for this is that the audience can relate to the memes in real-life situations.

3. Establishing a Relationship with the Audience:

Meme creators take situations that we encounter in our daily lives and turn them into memes. Memes can be useful in developing strategies for a company’s social media marketing.

However, when creating memes, keep in mind that the concept of a company that they want to portray to the audience through memes must be clear. Memes must be created in such a way that the products and services for which memes are used connect with the audience.

A meme’s lifespan is now extremely long. If a meme is creative, humorous, and relatable, it will stick with the audience for a long time. And, if a meme goes viral, the majority of meme creators will use it for several years.

As a result, as the concept of meme marketing gains a large number of followers, it can assist a company in marketing its products and services using innovative strategies that will remain fresh in the minds of the audience for a long time just like how it’s done at Infini Social.

Memes can now be created with smartphones, by a creative team, or by an individual using simple devices that can connect to the internet. Any situation can be used to develop and design a meme based on a specific concept that can promote an idea and promote it collectively.

Time To Up Your Meme Game

Meme marketing is a viral concept in today’s marketing; the rise in social media services has given birth to new-age marketing companies and meme marketing agencies. Meme marketing, as a popular marketing tool, can boost a company’s popularity and help it gain more followers.

Memes can be the best social media tool for your business, but it has to be done by the right people. Infini Social has the very team for that. Get a free consultation today to get started.

Since 2008, Infini Social has been focusing on providing holistic, creative, IT, and digital solutions. We uplift your brand ID from the ground up, transforming it into an ideal brand for your target market.
Facebook-f Instagram Linkedin-in

If you are interested to speak with one of our experts for an upcoming project, then fill out this form so we can help you get in touch with them.